An investigation into the legal, political, and moral issues surrounding how the police and justice system use surveillance technology, asking the question- what are citizens of a free country willing to tolerate in the name of public safety?

An investigation into the legal, political, and moral issues surrounding how the police and justice system use surveillance technology, asking the question- what are citizens of a free country willing to tolerate in the name of public safety?

The police now have unparalleled power at their fingertips- surveillance technology. Seamless, persistent, even permanent surveillance is available - sometimes already deployed, sometimes waiting for the right excuse. Automatic licence-plate readers allow police to amass a granular record of where people go, when, and for how long. Drones give police eyes - and possibly weapons - in the skies. Facial recognition poses perhaps the most dire and lasting threat than any other technology. Algorithms purport to predict where and when crime will occur, and how big a risk a suspect has of re-offending. Tools can crack a device's encryption keys, rending all privacy protections useless.

Embedding himself with both police and community activists in locales around the United States - ranging from Newark and Baltimore to Los Angeles and Oakland - Jon Fasman looks at how these technologies help police do their jobs, and what their use means for our privacy rights and civil liberties. Fasman provides a framework for thinking through through these issues, exploring vital questions. Should we expect to be tracked and filmed whenever we leave our homes? Should the state have access to all of the data we generate? Should private companies? What might happen if all of these technologies are combined and put in the hands of a government with scant regard for its citizens' civil liberties?

' A deeply reported and sometimes chilling look at mass surveillance technologies ... Fasman avoids alarmism while making a strong case for greater public awareness and tighter regulations around these technologies. This illuminating account issues an essential warning about a rising threat to civil liberties.'
-Publishers Weekly

'A cogent critique of the age of ubiquitous surveillance ... An urgent examination of police-state intrusions on the privacy of lawful and law-abiding citizens.'
-Kirkus Reviews 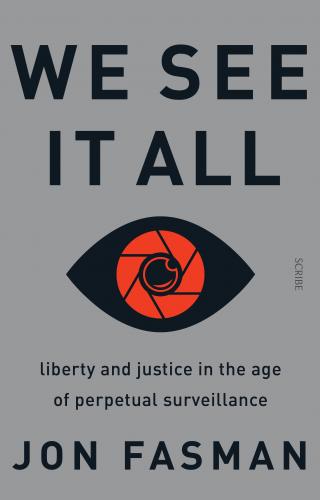