his 5-star thriller is a non-stop action-packed adventure… Reads like the latest blockbuster film… I was left breathless, my heart pounding as I turned the last page’ NetGalley review,

When ex-MI5 operative Joe Mason is sent to Rome to guard an elderly professor and his daughter, he thinks he’s in for an easy ride.

But on their first day in the Vatican secret archives, a masked assassin gains entry, shoots Joe’s client in cold blood and steals an ancient manuscript. Giving chase, Joe can’t imagine what could lie within those pages that would make someone willing to kill.

The search for answers leads Joe and his comrades in a race against time, across continents and into treacherous mountains. Only they have a hope of rescuing the Vatican Book of Secrets before a centuries-old enemy can succeed in bringing Rome – and the world as we know it – crashing down…

Perfect for fans of The Da Vinci Code, Lee Child and Clive Cussler, The Vatican Secret will have you turning the page late into the night. 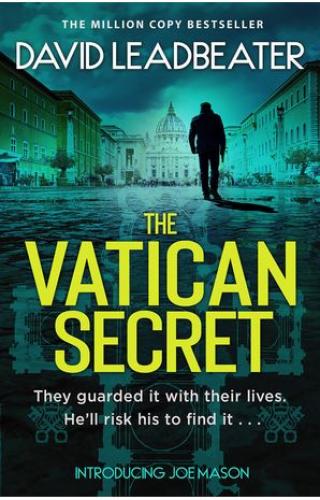