'Easily the most vivid memoir I have ever read' -Sebastian Smee

'I am sitting at my father's desk, waiting to call Intensive Care . . . It is September, the wattle is flowering, and it smells like napalm.'

In this stunning memoir, full of black humour and razor-sharp observations, visual artist Judy Cotton captures the intricacies of family relationships and the push-pull of home.

Her mother, Eve, was a brilliant but exacting woman, a gifted pianist whose perfectionism cut her career short. After marrying, she established a successful stud farm for sheep in the Blue Mountains while supporting her husband's political career. Judy's charismatic father, Bob, was a federal minister and ambassador to the United States, with traditional ideas about who Judy should become.

Sent to boarding school from the age of four, Judy yearned for her parents but found them increasingly controlling. Her desire for freedom eventually took her overseas, to Korea and Japan in the late 1960s, and later to New York, where she finally discovered belonging in the art scene. But the undertow of home was impossible to escape.

In dazzling prose and with an artist's eye for landscape, Swimming Home is a powerful meditation on loss and longing, freedom and connection. 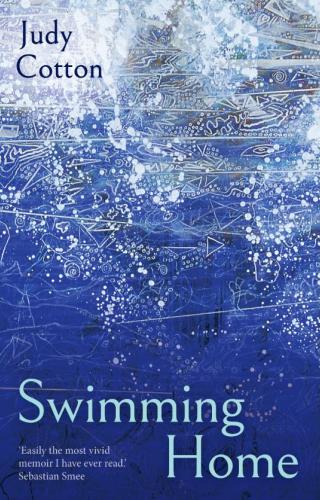