There are the wealthy listed and described in Forbes and Sunday Times rich lists, there are the wealthy names only briefly mentioned with limited details. And then there are the wealthy who would never appear in these lists at all.
Until space travel becomes available, superyachts represent the most rarefied experience, reserved only for the ultra-wealthy. It is a world so far beyond the norm that it defies even the most active of imaginations. In Billionaire's Captain, Brendan O'Shannassy, a professional at the zenith of this lavish industry, gives a rare insight into this world that makes for eyebrow-raising reading, as entertaining as it is instructive. If the yachts in this book are the greatest display of wealth that is available in the world today, then equal to the yachts are the owners, with all the demands and complexities you'd expect. Brendan's time as the consummate 'Billionaire's Captain' has given him unparalleled access to the greatest wealth group the world has ever known.

This book is the tale of an ordinary boy whose career takes him on a most extraordinary journey. One that begins with messing about in boats in a sleepy coastal Australian town, and ends as one of the most successful and respected superyacht captains in the industry. Spanning two decades and circling the globe, his story draws readers into the real world of superyachts, their crew and their owners, in the most intimate of ways. Much of the book is comprised of fascinating and jaw-dropping insights and revelations about the real lives of the super wealthy what is that sort of life really like? Does it make you happy? What's it like to work with people for whom there can be no delays; no mistakes (would you fancy manoeuvring a two hundred million euro boat into a tiny spot in Monaco harbour, in front of your boss and Prince Albert?).
Alongside this, Brendan weaves in the lessons he's learned as he's progressed from deck hand to captain, and these are useful for all. He is surprisingly humble and self aware- in a world of glitter and extravagance you can see why he's trusted. His constant questioning and search for self-improvement mean that the techniques and advice he draws out are not only interesting, but provide valuable insights for anyone leading teams with demanding objectives, needing to bring out the best from those they manage as well as themselves, make the most of your time and the time of those you manage, establish a clear vision, make good decisions, and deal well with emergencies and the unexpected. As captain, Brendan was expected to achieve excellence every single time there are no excuses in this world and how he learns to deal with this is fascinating. 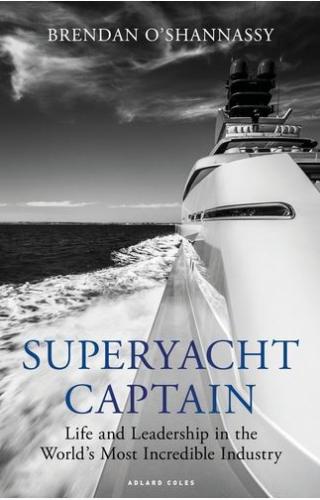