Two insiders expose the shocking and shameful betrayal of Australia's regional heartland so international bankers and traders could make a quick buck.

The Murray-Darling Basin is Australia's greatest environmental asset. The story of water in Australia is written into its ancient rivers, creeks and wetlands. It's home to more than forty Indigenous nations, and it covers an area bigger than France. It is the beating heart of our regions and sustains 40 per cent of our food production.

In 2012 Australia signed up to the Murray-Darling Basin Plan, a scheme designed to create a market for its water and to safeguard the environment.

But the Plan has gone horribly wrong. It has sold our farmers and rural communities down the river. It has contributed to appalling environmental damage on the planet's driest inhabited continent. It has allowed a ruthless market to form, exploited by traders who buy and sell water as if it was a currency like Bitcoin.

Scott Hamilton and Stuart Kells, both experts in public policy, have interviewed irrigators, farmers, Traditional Custodians and water traders to tell this disastrous story. Their compelling expose brings to light how we have failed to protect our most precious natural resource.

You can't understand Australia without understanding water. Sold Down the River is compulsory reading for all of us. 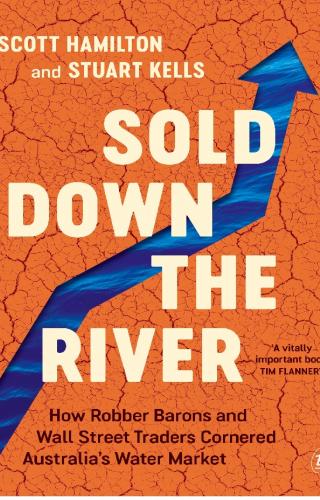