'Part Bear Grylls, part Bill Gates, but 100% Aussie larrikin. Dick is a great innovator, philanthropist and adventurer, who in my eyes can do no wrong.' - Paul Hogan

'I have been charmed by good fortune to be born in Australia in the 1940s. I have lived through a time of great prosperity and every day I am reminded of my good luck.'

Dick Smith is a remarkable and proud Australian. He has been part of our national consciousness for over fifty years as an innovative and astute businessman, a ground-breaking adventurer, a generous philanthropist and a provocateur for the causes he feels deeply about. Yet, despite his great successes and achievements, Dick has remained down to earth and close to his roots.

So how did the young boy who was one of the most academically hopeless in class become the national living treasure he is today? And what was it within that kid with a speech impediment that allowed him to create three successful businesses, and take on some of the world's greatest and most dangerous aviation challenges?

In My Adventurous Life, Dick shares his inspiring story and the lessons he's learned about staying true to yourself. He has welcomed the freedoms that wealth brings, but has found the simple life more fulfilling. His responsibility is to the world and the people we share it with. 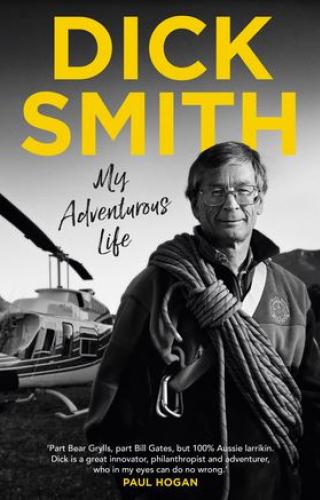