Explore the lives and achievements of history's most important military figures with this illustrated guide to military men and women.

Featuring more than 100 key generals and military leaders from Alexander the Great to Winston Churchill, Masters of War takes you on a visual chronological journey of military history and the people behind the battles that have shaped it, starting in ancient Egypt and coming up to date with World War I, World War II, Vietnam War, and conflicts in the Middle East.

The book also features the uniforms and equipment of soldiers throughout history. Each object is accompanied with a short description of its importance, from the swords and spears of early warfare to the guns and uniforms of the modern era. (This book features US text). 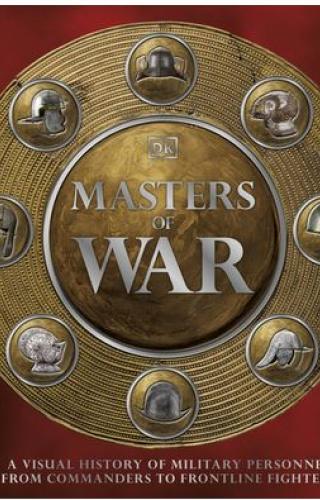