Long Way Down TikTok made me buy it!

An enthralling novel from the beloved authors of Addicted to You. For fans of Mariana Zapata, Elle Kennedy, Lauren Asher and Anna Todd.

With their seven-year age difference, Ryke and Daisy have faced an uphill battle in the eyes of the world and their families. Known as an adventurous, fast-paced couple, their next step has always been elusive to the rabid media.

But behind the scenes, heartbreaking troubles continue to test Ryke and Daisy's resilience and shape their future together.

To never slow down.
To never compromise who they are.
To never abandon their love for each other.

But preserving their happiness also means adding more risks – ones that even Connor Cobalt wouldn't take. As a professional free-solo climber, Ryke is no stranger to risk, but his next step with Daisy wagers more than just his health.

With their lives on the line, Ryke and Daisy head towards the vast, wild unknown. 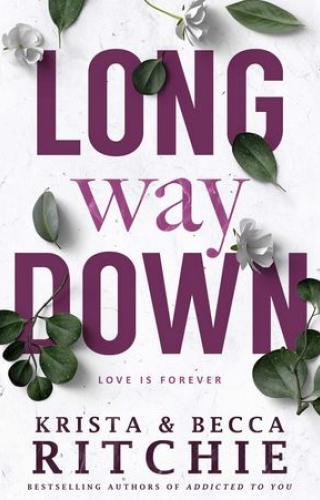