Kiss the Sky TikTok made me buy it!

An explosive, heart-melting novel from the beloved authors of Addicted to You. For fans of Mariana Zapata, Elle Kennedy, Lauren Asher and Anna Todd.

Rose Calloway thought she had everything under control. At twenty-three, she’s a Princeton graduate, an Academic Bowl champion, a fashion designer and the daughter of a Fortune 500 mogul. But with a sex addict as a sister and roommate, nothing comes easy.

When Rose's fashion line is in peril, she plans an unconventional solution to save it. Making matters more intense, she agreed to be in a real relationship with her egotistical college rival.

And now they're living together. For the first time.

At twenty-four, Connor Cobalt bulldozes weak men. Confident and smart as hell, Connor vows to help Rose outside of the bedroom and inside. But getting to the heart of this ruthless woman is going to be harder than Connor thinks – no matter how much he wants it. 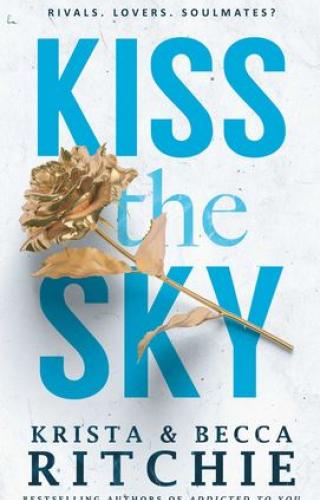