With their breathtaking range of flora and fauna, rain forests are veritable treasures in the world of wildlife. Photographed by the award-winning photojournalist and conservationist, Christian Ziegler, Jungle Spirits is an ode to the tropical splendor of the planet's most diverse ecosystems, while also a call to action to protect tropical rain forests worldwide. Images captured across twenty countries and on four continents present a fascinating look at the globe's most celebrated jungles in all their lush glory. Through Ziegler's vibrant photography, readers journey through pristine landscapes; discover captivating creatures - including tree frogs, chameleons, bats, and more - and forge an appreciation for rare plants. Informative texts penned by Ziegler's partner and fellow conservationist, Daisy Dent, cover such fascinating topics as pollination, fruiting, and human impact complete the book. Driven by the duo's passion for preserving these natural wonderlands, Jungle Spirits is a stunning visual odyssey that will inspire any love of wildlife, botany, and environmentalism. AUTHOR: Christian Ziegler is an award-winning, Panama-based photojournalist specialising in natural history and science-related topics. His work has been published in GEO and National Geographic, among others. A tropical ecologist by training, Ziegler was a Communication Associate at the Smithsonian Tropical Research Institute (STRI), Panama for many years, and he currently works at the Max-Planck Institute for Animal Behavior in Radolfzell, Germany, as a photographer for international projects. Daisy Dent is an ecologist who has worked in tropical forests for over 15 years. She works in Panama, Brazil, and Malaysia, where she conducted her Ph.D. research. Dent is a lecturer at the University of Stirling, U.K., a Humboldt Research Fellow at the Max Planck Institute for Animal Behavior, Germany, and a Research Associate at STRI, Panama. SELLING POINTS: . A new edition of the best-selling jungle photo book, featuring some 170 images of rainforest animals and plants . Stunning, informative, and action-oriented: an urgent plea for the protection of the rainforest . From nature photographer and environmentalist Christian Ziegler, recipient of World Press Photo Award, Wildlife Photographer of the Year, and European Wildlife Photographer of the Year awards 186 colour illustrations 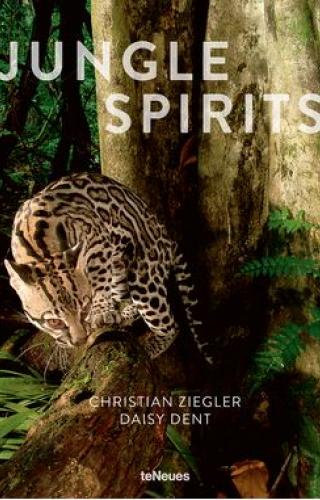