A swoon-worthy novel from the beloved authors of Addicted to You. For fans of Mariana Zapata, Elle Kennedy, Lauren Asher and Anna Todd.

Twenty-five-year-old Ryke Meadows knows he's hard to love. With a billion-dollar inheritance, a track-star résumé, and an alpha-male personality he redefines the term likable jerk. But he's not living to make friends. Or enemies. He just wants to free climb three of the toughest mountains in Yosemite without drama or interruption.

And then he receives a distressed call from a girl in Paris – from a girl that he never let himself get close to.

Daisy Calloway is eighteen. Finally. With her newfound independence, she can say goodbye to her overbearing mother and continue her modelling career. Paris Fashion Week begins with a bang, and Daisy uncovers the ugly reality of the industry. She wants to prove to her family that she can live on her own, but when everything spirals out of control, she turns to Ryke to keep her secrets.

As Daisy struggles to make sense of this new world and her freedom, she pushes the limits and fearlessly rides the edge. Ryke knows there’s deep hurt beneath every impulsive action. He must keep up with Daisy because, if he lets her go, her favourite motto – ‘live as if you'll die today’ – may just come true. 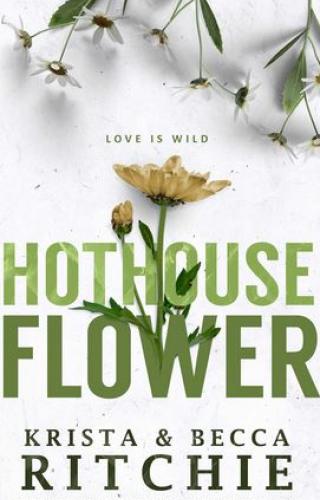