The Garden of Hopes and Dreams

From award-winning novelist Barbara Hannay comes a timely and uplifting story about the importance of community and connection.

Can love and friendship blossom on a rooftop?

The residents in Brisbane's Riverview apartment block barely know each other. They have no idea of the loneliness, the lost hopes and dreams, being experienced behind their neighbours' closed doors.

Vera, now widowed, is trying her hardest to create a new life for herself in an unfamiliar city environment. Unlucky-in-love Maddie has been hurt too many times by untrustworthy men, yet refuses to give up on romance. Ned, a reclusive scientist, has an unusual interest in bees and worm farms. Meanwhile, the building's caretaker, Jock, is quietly nursing a secret dream.

When a couple of gardening enthusiasts from one of the apartments suggest they all create a communal garden on their rooftop, no one is interested. Not at first, anyway. But as the residents come together over their budding plants and produce, their lives become interconnected in ways they could never have imagined.

From award-winning novelist Barbara Hannay, The Garden of Hopes and Dreams is a timely and uplifting story about the importance of community and the healing power of connection. 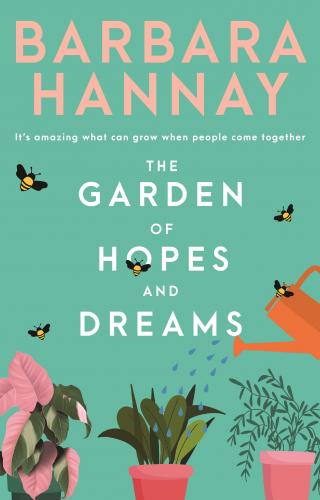