Formula One The Australian and New Zealand Story

Since 1950, fifteen Australians and nine New Zealanders have raced in world championship Formula One, the pinnacle of motor racing. Three - Jack Brabham, Denny Hulme and Alan Jones - have won the world title.

Two have died in the attempt without ever facing the world championship starters' lights.

So few drivers make it to Formula One. Ever fewer succeed in the fastest and most challenging four-wheeled sport of all.

Now John Smailes, author of the bestselling Climbing the Mountain, Race Across the World, Mount Panorama and Speed Kings, gives us the definitive story of our involvement with Formula One, from the pioneer days in the aftermath of World War II, to the championship glory of Brabham, Hulme and Jones, the grit and determination of Mark Webber, and Australia's current Formula One star, the irrepressible Daniel Ricciardo, all the way to potential champions of the future like Oscar Piastri.

With over 150 stunning photographs, and interviews with drivers past and present, as well as the engineers, managers and team owners behind the scenes, this is the must-have book for every Australian and New Zealand fan of Formula One. 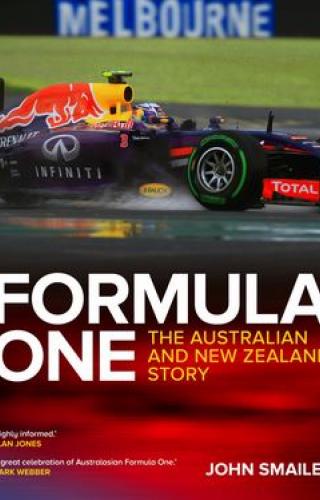