From the ashes of the Second World War arose inventive and forward-thinking designs, the likes of which had never been seen in fashion before, or since.

The early Forties were defined by thriftiness and practicality, but the latter half of the decade saw an explosion of elegance. Fashion Sourcebook 1940s is an extensive survey that brings together previously unpublished photography and beautifully drawn illustrations to provide a comprehensive overview of the period, from the austerity of the war years to the introduction of Dior's revolutionary 'New Look', and the rise of Hollywood glamour.

From haute couture to ready-to-wear, follow the season-by-season fashion evolution of the Forties. Featuring images of the decade's icons such as Joan Bennett, Veronica Lake and Barbara Stanwyck, and designers including Dior, Lucien Lelong, Balmain, Nina Ricci, and Worth.

Including an introduction by fashion historian Emmanuelle Dirix, discover the different trends of the period and uncover the biographies of the decade's lauded designers in an in-depth look to who shaped the 1940s fashion world. 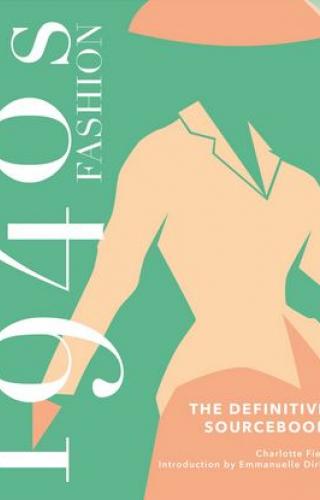