'A wonderfully racy biography, full of comedy and tragedy and populated by some of the most dissolute and eccentric aristocrats of the 20th century.' Daily Mail, UK

In early twentieth-century society, when women were expected to be demure and obedient, the granddaughter of Hunter Valley wine pioneer Henry Lindeman waltzed through life to the beat of her own drum. She drove an ambulance in World War I and hid escaped Allied airmen behind enemy lines in World War II, played bridge with Somerset Maugham and entertained Hollywood royalty in the world's most expensive private home on the Riviera, allegedly paid for by her winnings in a game of cards.

Enid captivated men with her beauty, outlived four husbands-two shipping magnates, a war hero and a larger-than-life Irish earl-spent two great fortunes and earned the nickname 'Lady Killmore'. From Sydney to New York, London to Paris and Cairo to Kenya, Robert Wainwright tells the fascinating story of a life lived large on the world stage.

'Wainwright has revived a legend.' The Lady on Sheila

'. . . her beauty and her boldness shine through this fascinating tale.' Sydney Morning Herald on Sheila 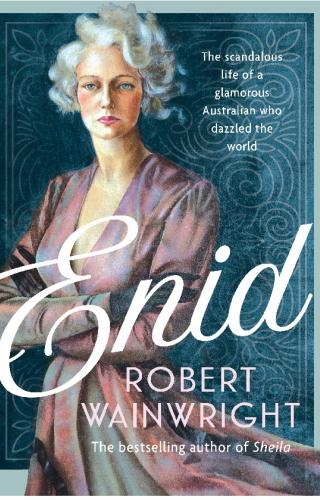