AUTHOR: Tom Wood
One night. One target. A city in chaos.

He is darkness. She wants him dead.

In a city starved of light, she might just succeed.

She moves like a shadow; she kills silently: Raven. This elegant assassin has been on the run for years. This time though, she has picked the wrong target.

The hitman known only as 'Victor' is as paranoid as he is merciless, and is no stranger to being hunted. He tracks his would-be killer across the globe, aiming not only to neutralise the threat, but to discover who wants him dead. The trail leads to New York...

And then the lights go out.

Over twelve hours of unremitting darkness, Manhattan dissolves into chaos. Amid looting, conspiracy and blackout, Victor and Raven play a vicious game of cat and mouse that the city will never forget.

Tom Wood is a full-time writer born in Burton-on-Trent, and who now lives in London. After a stint as freelance editor and film-maker, his first novel, The Hunter, was an instant bestseller and introduced readers to a genuine antihero, Victor, an assassin with a purely logical view on life and whose morals are deeply questionable. Studiocanal and the director of Taken, Pierre Morel, are currently adapting The Hunter for the big screen. A true man's man, like Victor, Tom is passionate about physical sport, being both a huge boxing fan and practising Krav Maga martial arts, which has seen him sustain a number of injuries. He has not, however, ever killed anyone. 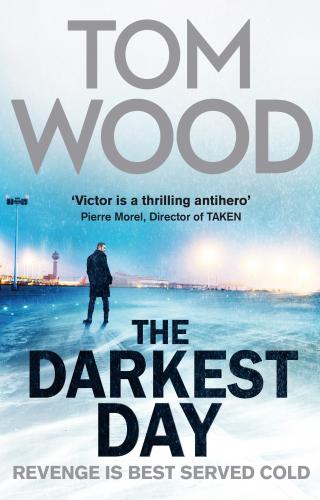