A debut novel for fans of The Fault in Our Stars that thoughtfully and humorously depicts teen Ricky Bloom's struggles with a recent chronic illness diagnosis.

"Silverstein sheds a powerful light on disease and how managing it can bring out one's inner warrior. A blistering coming-of-age tale that will propel readers into Ricky's corner." -Booklist

Winner of the Schneider Family Book Award, this debut novel, for fans of The Fault in Our Stars, thoughtfully and humorously depicts teen Ricky Bloom's struggles with a recent chronic illness diagnosis.

As if her parents' divorce and sister's departure for college weren't bad enough, fourteen-year-old Ricky Bloom has just been diagnosed with a life-changing chronic illness. Her days consist of cursing everyone out, skipping school--which has become a nightmare--daydreaming about her crush, Julio, and trying to keep her parents from realizing just how bad things are. But she can't keep her ruse up forever.

Ricky's afraid, angry, alone, and one suspension away from repeating ninth grade when she realizes- she can't be held back. She'll do whatever it takes to move forward--even if it means changing the person she's become. Lured out of her funk by a quirky classmate, Oliver, who's been there too, Ricky's porcupine exterior begins to shed some spines. Maybe asking for help isn't the worst thing in the world. Maybe accepting circumstances doesn't mean giving up. 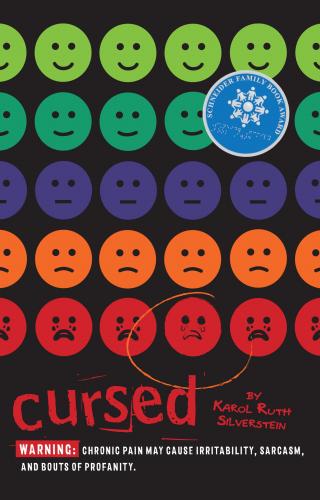