The Case of George Pell

What she saw, heard, and read made her determined to produce a dispassionate and thorough rendition of what occurred. The Case of George Pell is the result - an authoritative account of those trials, of the basis for the verdicts, and of the backlash to the verdicts. It is inevitably not only about Cardinal Pell, but about justice in the age of conservative media, about culture wars, and about the broader context of clergy abuse.

Despite a five-year-long sexual-abuse inquiry, three trials of one of the most senior Catholics in the world, and saturation coverage of the issue, it became evident to Ms Davey that many myths about the nature of child sexual abuse persist - and that, for some people, the evidence of victims can never be allowed to tarnish the reputation of the church and its practitioners.

The Case of George Pell is not just about one alleged offender, and one complainant. It is also about how the sexual abuse of children occurs - and has been allowed to continue.

'At last, the secret trials of George Pell are revealed in compelling detail by one of the very few who was there throughout. With unmatched authority, Melissa Davey answers the questions that haven't gone away- why was the cardinal found guilty, and why was he then set free?'
-David Marr 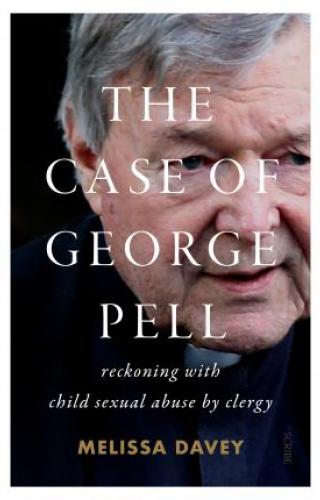