The Animals In That Country

Out on the road, no one speaks, everything talks.

Hard-drinking, foul-mouthed, and allergic to bullshit, Jean is not your usual grandma. She's never been good at getting on with other humans, apart from her beloved granddaughter, Kimberly. Instead, she surrounds herself with animals, working as a guide in an outback wildlife park. And although Jean talks to all her charges, she has a particular soft spot for a young dingo called Sue.

As disturbing news arrives of a pandemic sweeping the country, Jean realises this is no ordinary flu- its chief symptom is that its victims begin to understand the language of animals - first mammals, then birds and insects, too. As the flu progresses, the unstoppable voices become overwhelming, and many people begin to lose their minds, including Jean's infected son, Lee. When he takes off with Kimberly, heading south, Jean feels the pull to follow her kin.

Setting off on their trail, with Sue the dingo riding shotgun, they find themselves in a stark, strange world in which the animal apocalypse has only further isolated people from other species. Bold, exhilarating, and wholly original, The Animals in That Country asks what would happen, for better or worse, if we finally understood what animals were saying.

'The genius stroke of The Animals in That Country is the preternatural 'body talk' of its animals ... an affecting book, one that gets remarkably close to the unknowable wildness of animal sentience.'
-Jack Callil, The Age

'This is an absorbing and affecting book, and one to which I'm able to pay the highest compliment- that, in the days after finishing it, the world felt different to me, its animals not speaking but not silent either.'
-Ben Brooker, Australian Book Review

'A fierce debut novel ... Her writing about people is filthy, fresh, and funny; this is prose on high alert, hackles up and teeth bared in every sentence. The novel becomes both a stirring attempt to inhabit other consciousnesses and a wry demonstration of the limits of our own language and empathy.'
-Justine Jordan, The Guardian 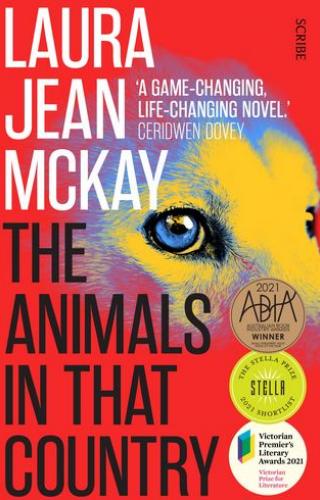