A Food Lover's Pilgrimage to France

'Time and again I'd heard that the Santiago pilgrim paths in France were exceptionally beautiful.  But no one warned me how powerful the connection to the pilgrims of the past would be.'

Dee Nolan's award-winning book, A Food Lover's Pilgrimage to Santiago de Compostela, took us across Spain on a heartwarming journey along The Way of Saint James, also called the camino, revealing how this famous medieval pilgrimage is drawing us back, tugging at our modern hearts and minds in a way nobody could have foretold.

Most of the early pilgrims were French and now Dee retraces their steps, seeking out the ancient paths through France.  She discovers a golden thread that connected the saint's relics in Spain to the once-powerful French monks at Cluny – without whom there may well have been no pilgrimage to Santiago de Compostela at all.

Dee's French pilgrimage winds through magnificent and changing landscapes: from Burgundy's vine-covered slopes to the gastronomic capital of Lyon; up onto the vast windswept meadows of the Aubrac plateau; along the dramatic Lot river; through the gentle hills of Gascony and, finally, to the trout-filled rivers of the Pyrenees.

She meets the monks whose medieval predecessors planted the vineyards we see today, visits local markets with some of France's greatest chefs, cooks traditional recipes in home kitchens and walks with farmers taking cattle to the high pasture.

Having returned, after decades, to her own family farm, Dee tells the stories of others for whom a sense of place brings immeasurable meaning to their life and to the food they grow and cook, honouring, as well, those who have gone before. 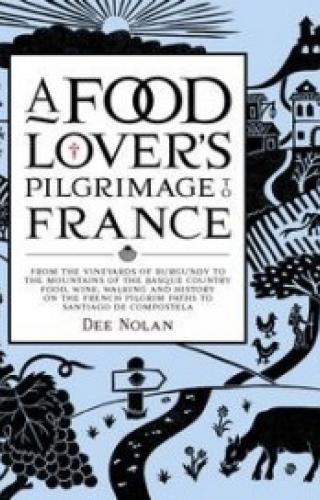